Training for a Half Marathon (Confessions of a Slow Runner)

By: Melinda Donley
In: fitness and health
With: 0 Comments 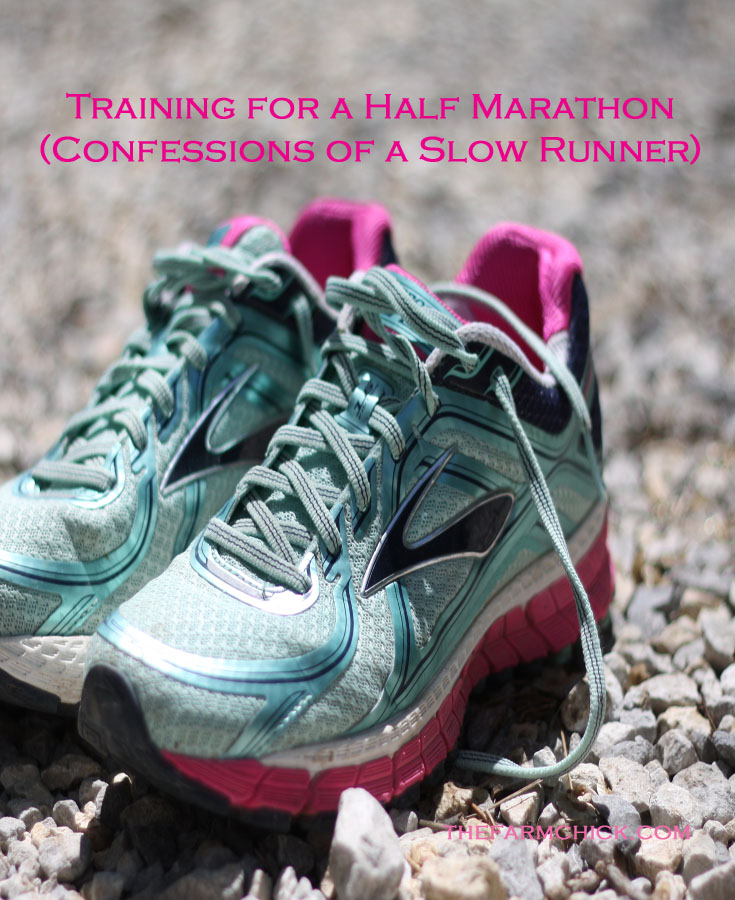 Ever think about training for and running a half marathon?  Yeah, me neither 😉  My running career has been less than illustrious to say the least and I was positive I did NOT have it in me to run a half.  But, as they say, never say never….

So, my running has looked like this over the years :

Barely get up to 3 miles

Run a local 5K in June

Quit until next March

I also suffer from asthma (my childhood asthma came back with a vengeance a couple years ago), which I used as my excuse for not being able to run very well.  It definitely contributes to it, but I’ve come to realize it is a surmountable obstacle.

Enter January, 2017.  My mom, who has been a fellow slow runner for the last 10 years, decided that for her upcoming 60th birthday in May, she would like to complete a half marathon.  And it just so happens that there is one in Wichita at the beginning of May.  You can guess where this is going… I offered to run it with her.

We decided to run it using intervals.  This is where we run 3 minutes and walk 1 minute.  We also only do a long run every two weeks and then run 3 miles 3 times a week in between.  It’s based on a method designed by Jeff Galloway.  It’s suppose to be easier on your joints and allow anyone to run a half marathon- even if you’re like me and you can barely hack a 5K.

So, since the first of January, this slow runner has been training.  My last long run I did 9 miles!  It was a bit brutal, but I completed it.  Last Monday, I ran 6 miles and I noticed that my ankles and hip joints didn’t bother me at all!  Previously, my joints would be pretty sore after a long run.  I think I’m becoming conditioned to it.  I seriously never thought I’d get this far in my running career!

On the plus side, a 3 mile run seems like a walk in the park now 🙂

The moral of the story is, I encourage you to  try hard things- like a being a slow runner tackling a half marathon!  Don’t compare yourself to other runners (yeah, I know that can be hard!).  The race is in 3 weeks, so I’ll keep you posted on how it goes.

Are you a runner?  Do you enjoy it?  Any other tips for training for a half marathon?