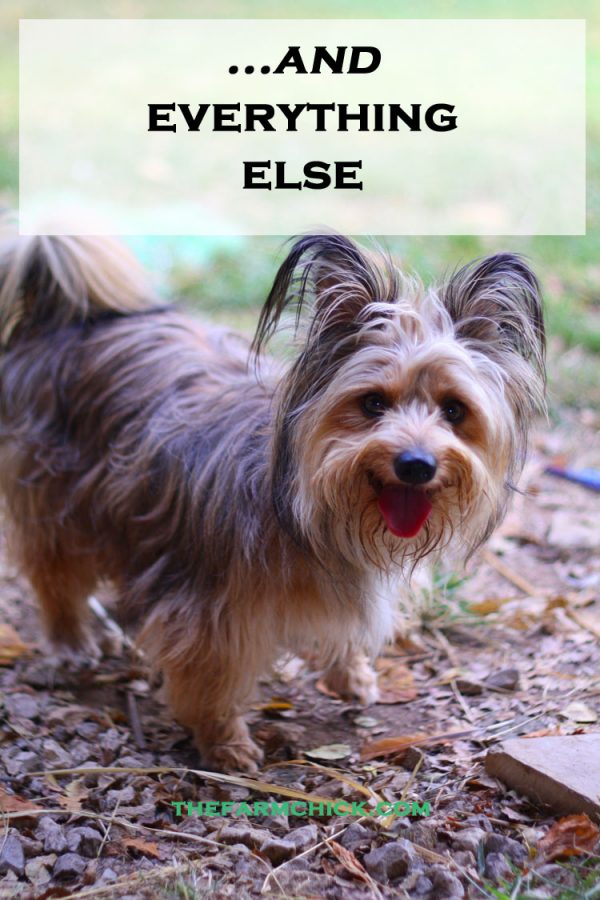 Today, I’m going to a just give you a random post about a little bit of “everything else” that’s been going on around here!  July, August and September threw for a bit of a loop and I’ve had a hard time sitting in front of the computer to blog about it.  It was a good loop, mind you 😉

Jeff’s family has camped in Noel, Missouri over Labor Day for decades, literally.  It’s a large family affair involving distant cousins, great aunts, etc.  Anyway, we have a great time, but due to livestock issues and the crowded conditions of the river (which Reece doesn’t do well with), we didn’t go last year.  Instead we started going during August in the middle of the week with Jeff’s parents and his sister and her family.  It had gotten really difficult for both Jeff and his dad to be gone at the same time because of the cattle operation and finding someone to water and check on everything, so they decided that this summer, they couldn’t both be gone at the same time. Well, we went camping in August for 5 days in our camper with Jeff’s sister and her family, but my girls and I really missed going over Labor Day with the big group.  So, we took a wild hair and decided to just load the truck up, drive over ourselves, and tent camp!

I’ll be honest it had been 16 years since I had slept in a tent and I was a little worried about my back (ha ha!), but we had an awesome time and the hard ground was a small price to pay 🙂  We didn’t bother with an air mattress or anything because I wanted to keep it simple and easy.  It was relaxing and the girls and I had a good bonding experience doing something like that by ourselves.  Plus, we had a blast hanging out with all the family and floating down the river!

I don’t have any pictures from this one, but our little town of Oxford has a little festival every year the Saturday after Labor Day called the Watermelon Feed.  About 5 years ago, our church, Maple Street Baptist, decided to have a float in the parade.  So, we decorated a car trailer and Jeff pulled us with the farm Gator.

It’s become a tradition every year!

And, like some traditions, it’s gotten bigger and better 🙂

This year we decided to do an Operation Christmas Child theme (this has become our church’s main mission), so we decorated Christmas trees, hung Christmas garland and wreaths and wore red and green!  It was a blast and our whole church family looks forward to it every year!

As you know, my girls have been obsessed with horses.  Jeff is also a horse lover and a couple weeks ago, bough himself a project horse!  He’s a pretty 4 year old, named Ruger.  He’s halter broke, but not broke to ride yet.  Jeff’s been working with him almost every evening.  The girls have been riding their horses multiple times a week, so I’ve been out there with them a lot of evenings, either watching or riding Lily, our old family horse.  I’m getting better at my riding and I really want to master the art of posting while trotting!  It’s been a fun family activity that doesn’t involved work or farming, lol.  Well, it kinda involves work…. tacking up a horse is not a quick, easy job!  I had no idea what all was involved until this summer.  I’d only really seen it done in the movies, you know?  But between all the brushing you do beforehand to all the buckling and tightening you do on the tack, it takes a good 10-15 minutes to properly saddle a horse.

A big part of our days is spent doing school, as homeschoolers often refer to it 😉  Lindy is a 6th grader and Elisa is a 10th grader.  Our days always start the same- I get up early to pray and workout (either crossfit, yoga or running) then I get Reece ready for school.  The girls both get up around 6:45-7 am.  They have chores every single morning involving dogs, horses and cattle.  Depending on what day it is (every other day they have to go way up north to a pasture to check on some heifers), they get back around 9 am and immediately start school.  Lindy and I usually get done around noon, but Elisa usually has to do a subject or two after dinner (that’s our noon meal, fyi).  School time is sacred for us!  We don’t do anything else during the mornings so that we can get it done every day.

I know I talk a lot about 4H on here, but it’s a big part of our lives and the only “activity” we do!  This month was elections and Elisa and Lindy both got officer positions!  Elisa is the new secretary and Lindy is the new treasurer.  They were very excited and I’m happy that they’ll again be forced out of their comfort zones.  This will mean extra prep for meetings, but they’re excited to tackle it.

We also had to complete record books this past month.  Record books are a way for the 4Her to look back on their year and summarize it.  They pick one of their project areas to focus on for the book and they have to write goals, experiences, expenses/income, plus all awards and any other activities they were involved in.  They have to write a long (6 pages for the older kids) essay detailing their 4H story from the past year.  It’s a big deal and takes some time to complete it all.  When it’s done, their 4H leader has to sign off on it.  The record books then get turned into the extension office where they are judged.  The kids get their books back on the annual Achievement Night in November.  The books get critiqued so that they can improve for next year.  This whole exercise is suppose to prepare the kids for filling out scholarship and college applications some day.  We were more than relieved when those record books were safely dropped off!!

Well, that’s been some of the main happenings around here this month.  Hard to believe that October starts on Sunday!!  Eeeeekkk!!!  I know pumpkins and hot chocolate and sweaters are popping up everywhere on Facebook and pinterest, but on the farm, October means fall harvest.  We have soybean harvest and cotton stripping to look forward to.  Unlike the rest of the United States, farmers are looking at long days and late nights and suppers in the fields instead of pumpkin patch trips and evenings spent around a fire 😉  But, we all crazy and generally love it, lol.

What did your September look like?  Do you look forward to fall?

Follow Me
Latest posts by Melinda Donley (see all)
2017-09-27
Previous Post: 5 Lessons Learned from 4H and the County Fair
Next Post: 2018 Goals and My Word of the Year