Down on the Farm

By: Melinda Donley
In: farming, homemaking
With: 0 Comments

I thought I’d do a little update about what’s been going on down here on the farm!  It’s been busy, busy and spring is maybe finally in the air??

Our Charolais heifer herd starting calving a couple weeks ago!  Woo-hoo!  We were nervous about this, but so far, so good.  All calves look good and healthy and the mamas seem to be taking to their job.  Watching new calves is one of the best things ever 🙂

Also on the Charolais front, Jeff has been working his tail off installing water lines in that particular pasture.  Our goal is to rotationally graze this herd.  When you rotationally graze, it means you move the cows from paddock to paddock.  It’s the same philosophy I have with my meat chickens.  You can keep more animals in an area, but they get a fresh “salad bar” every day, which means they are healthier and utilize the grass more efficiently, which leads to better pastures!  To do that, though, you need water, hence the new water lines.  On Sunday, it was all hands on deck!  The girls worked on trenching while I helped install hydrants.  Good times were had by all 😉 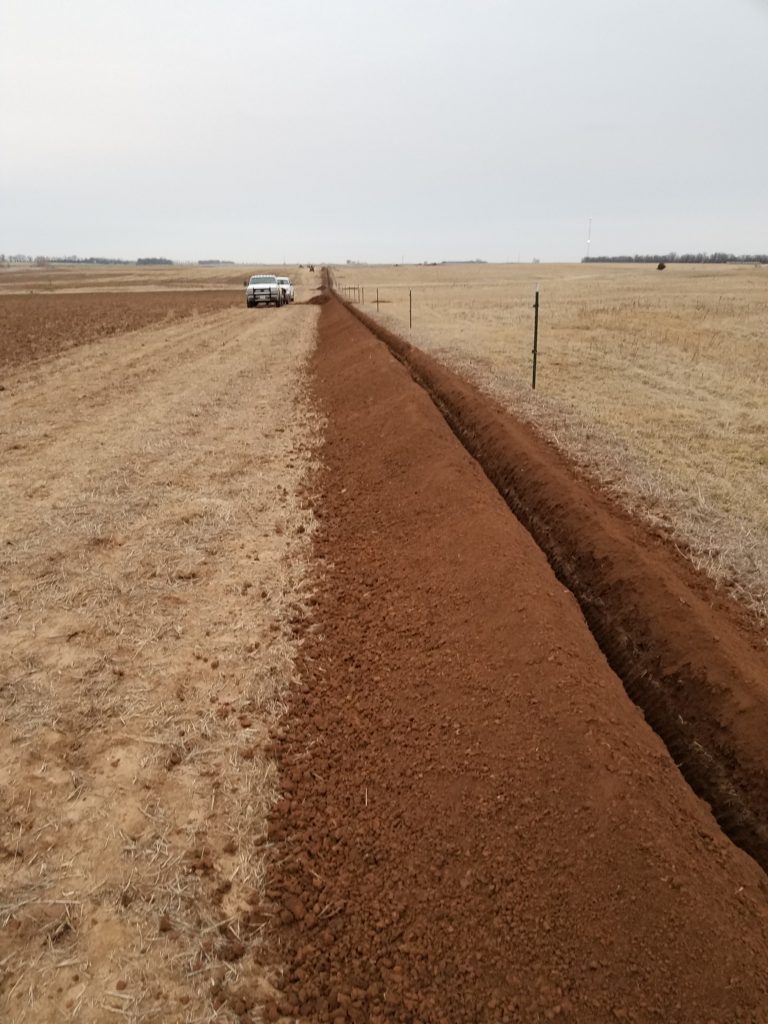 On the home front, I decided to clean out my main storage closet in the house.  I call this my “basement” because this is where all of the stuff goes that you would normally store in a basement!  This closet is 6ft x 6ft.  I keep all of our books, extra food, photo albums, keepsakes, vacuum cleaner, board games, and other odds and ends in here.  It’s a small space but I’m so grateful for it!  The first time we lived here, all we had were the bedroom closets for storage.  This project is taking longer than I thought it would because I haven’t had much time to devote to it!

Last weekend, I dug out my violin and played in my old high school’s 130th Celebration Reunion Concert!  I hadn’t performed in 20 years, but it was fantastic!  The memories came back and I didn’t embarrass myself, lol.  They put us alumni in the back of the high school orchestra (which was odd for me- I was always in the front back in the day!).  I ran into an old friend and we had a wonderful Saturday rehearsing and then performing.  If you grew up playing an instrument, dig it out and play it again!  Very good for the soul 🙂

Yesterday, the girls and I went with my sister and her kids on a field trip to Abilene, KS to tour all the Eisenhower museums.  We had a great time!  You know who was the most inspiring to learn about???

Yup, folks, Ida Eisenhower is my new hero.  She raised 6 boys in a tiny two story house.  It had 3 bedrooms.  5 boys shared one bedroom and one bed (!!!) and the oldest got the smallest bedroom.  Guess how big it was…..

She baked 27 loaves of bread a week for her growing family and canned 600-800 quarts of garden produce from her garden!!  Talk about goals!! And she didn’t have indoor plumbing until Dwight was 18 years old!  People!  We are SPOILED!!

And every single one of those boys grew up to be a world changer (President Dwight D. Eisenhower was the middle one)!  She also taught them all to play piano and her husband, David, worked 70-80 hours a week at the creamery in town.

On Sundays, the boys would take turns leaving church early to go home and cook Sunday dinner for their mama.

I’m telling ya, we are doing it all wrong these days!  We have too much stuff and don’t expect enough of our kids.  I would love to pick that woman’s brain.  Research her sometime or go to Abilene and take a tour of the Eisenhower house.  Seriously, it’s mind boggling.

While we were in Abilene, we ran into the western store in town and had a blast picking out show clothes for the year!  Lindy was thrilled because we actually found jeans long enough for her.  Having extra long legs is tough, I tell ya, lol.

Well, that has been the latest around here.  I got my strawberries ordered and I’m itching to get out in the garden!

What’s been going on in your neck of the woods??