Fall Harvest- a view from the combine

By: Melinda Donley
In: farming
With: 0 Comments

About a month ago, this thing called “Fall Harvest” started around here.  On our farm, we grow wheat, milo, soybeans, cotton, hay and have cow/calf pairs.  I grew up on a farm in the neighboring county and we had a similar operation, but without the cows and hay.  Since we are in southern Kansas, we plant our wheat in the fall and harvest it in June.  But the milo, soybeans and cotton all get planted in the spring and get harvested in the fall.  Hence, “Fall Harvest!”

Unlike wheat harvest, which is a fast paced, adrenaline pumping week or two with late nights, fall harvest is somewhat slower paced and drags on for a LONG time!!  Generally though, we love it 🙂

Off and on I have had the privilege of doing this: 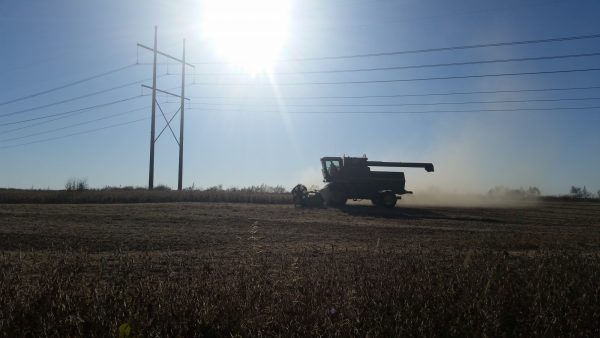 I absolutely ADORE getting combine time!!  I grew up operating all the farm equipment (tractors, trucks, the combine).  In fact, when I was little I idolized my dad and wanted to be just like him when I grew up.  I was the biggest tomboy!  As a teenager, I worked all summer long on the farm and whenever I could during the school year.  After going to college in the city, I realized I missed the farm and for my own sanity, NEEDED to live on a working farm for the rest of my life. 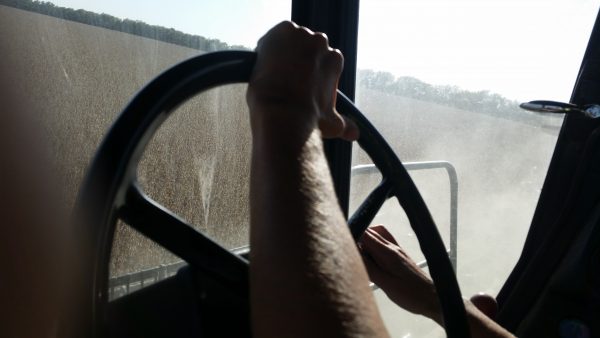 My 9 year old took this picture while riding with me one day.  Yes, those are my arms 🙂 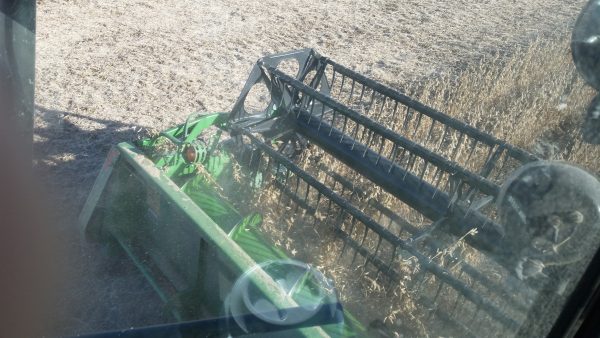 When your in the combine cab, here’s the view to my left.  This is called a header and it literally combs the crop into what’s called the sickle bar, which cuts the crop off, then a round auger (its the green thing in this picture) pushes the cut plants into the combine.  As a kid, the reel (the black thing with fingers on it) was mesmerizing.  It will literally hypnotize a child and put them to sleep!

We have since finished cutting our beans and have moved back to milo.  If it dries down enough today, my 13 year old daughter and I will get to run the combine some.  I’m suppose to give her lessons so she can run in it, too.  We start ’em young here on the farm 🙂

Oh, and for proper pronunciation everyone says you’re cuttin’ beans or cuttin’ milo.  We ag people are sticklers for proper English 😉

Follow Me
Latest posts by Melinda Donley (see all)
2015-11-03
Previous Post: How to Water Bath Can on a Glass Top Stove
Next Post: When You Don’t Get Your Miracle (Autism Journey)